In Washington, the law changed so in some situations marijuana possession is legal. Initiative 502 legalized the production, possession, delivery and distribution of marijuana. However, it is not just a “free for all”.  The initiative regulates the sale and possession of small amounts of marijuana to people 21 and older.  Additionally, the measure made it illegal for a motorist to have more than 5 nanograms of THC (an active ingredient of marijuana) per milliliter of blood in their system – so you can still be charged with a Marijuana DUI.

The Cannabis laws in Washington State are ever-changing.  Medical Cannabis under Chapter 69.51A has been legal for some time in Washington under the Compassionate Use Act. In 2011, the legislature changed the requirements for providing medical marijuana (cannabis) recommendations to qualifying patients by passing ESSB5073. Still, one thing remains the same: you can still be arrested for possessing cannabis – even if you are an authorized patient. 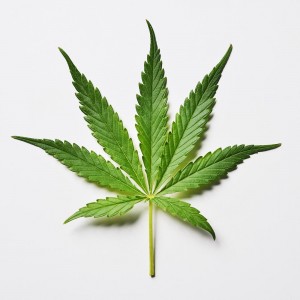 Most people are unaware of the serious consequences of a marijuana or drug paraphernalia possession conviction. A misdemeanor marijuana possession charge can carry a sentence up to 90 days in jail and a $1000 fine, not to mention loss of student financial aid.  Additionally, there are mandatory minimum sentences for possession of marijuana and possession of drug paraphernalia. These also increase with each conviction. As a juvenile respondent, a drug charge will revoke your license  through Washington’s Department of Licensing.  Contact us at 509.491.3941 to preserve your rights.

In cases with larger amounts of marijuana, jail sentences increase and so do fines.  Not every drug charge is the same. A number of factors influence the prosecution and the court in how it handles a particular case.

Synthetic marijuana or cannabis, sometimes known as “K2” “spice” and “Zombie weed”, is an illegal drug and extremely harmful. People continue to be unaware that even though stores are selling these drugs under the guise of herbal incense or in some cases bath salts – they are still illegal to possess. You can be charged with a felony for possessing these drugs in Washington.  (Parents pay close attention to what your kids are up to!)

Additionally, many crimes involving drugs can have an adverse affect on your immigration or nationalization in the United States.  If you have a drug charge pending or were contacted by police, contact Azure Law Office in Kennewick. 509.491.3941

Give Us a Call

Ask Me A Question