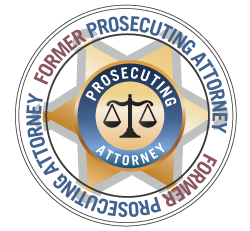 Driving Under the Influence (DUI or DWI) is one of the most common offenses charged in Washington State.   There are THOUSANDS of people per year accused of Driving Under the Influence of alcohol or drugs in this State.  In 2015, there were over 1,000 DUI charges filed between Benton and Franklin Counties. Consequently, Azure Law Office has a lot of experience with DUIs in Washington State.

The charge of DUI is also one of the most difficult types of cases to defend.  The law is tough, the science is complicated and there is a lot of public sentiment against people accused of DUI.  Azure Law Office knows both sides of the law and can help you through the difficult process of being charged with a DUI.

Living in the Tri-Cities on the Columbia River provides another common offense. Boating Under the Influence (BUI) is also illegal and what started as a fun day out on the boat can turn into significant criminal charges.  As you may have already discovered, accusations of Washington State BUI or Boating DUI are taken very seriously by law enforcement, prosecutors and the courts.

In addition to potential jail time, fines, licensing and insurance consequences; a conviction for a Washington State DUI or BUI can have serious long term consequences.

We understand after you have been arrested for a Washington State DUI you may have feelings of anger or hopelessness. We are here to tell you there is hope that your charge will be successfully resolved and even more importantly, that you will make it through this period.  Our office provides you with the additional support system you need.

Jennifer Azure is a Defense Attorney based in the Tri-Cities and serving clients in both Benton and Franklin Counties.

Give Us a Call

Ask Me A Question